Majorca or Mallorca, is one of four large islands that make up the Balearic islands of the Spanish archipelago[chain cluster of islands].  In addition to Majorca, Menorca; Ibiza & Formentera make up the largest of the Balearic Islands. Surrounded by much smaller islets and located east of the Spanish mainland in the Mediterranean sea, these Spanish islands are well known for their tropical weather; festive vibes & attracting an increasing number of holidaymaker.

The decision to visit Majorca was made in early June and the trip scheduled for the last week of the same month. Over the next two weeks prior to the trip, the rainy and gloomy weather we were experiencing in Poznan, Poland had taken a toll on me. For this reason, the anticipation of climate change had me counting down days to the arrival of the trip. In my mind and like so many of us do, I associated & anticipated a more vibrant ambiance to  warmer climate and thus grew eager to flee the wet Polish city.

With luggage prepped, passport in hand & an excitement paralleling that of a five year old, the trip began. Having arranged a 4 day stay & last minute reservations with Hotel Amic Horizonte in Palma, all that remained was to arrive.

I had anticipated the PMI Airport to be of smaller size and was vastly mistaken as a significant distance lay between our arrival flight and the luggage collection belts. A drawback encountered at this airport was the accessible, but non-functional wifi connection. The heat as anticipated was well met and the level of humidity was not a surprise as much as it was a discomfort.

Having lived in Cuba for a good year and a half, I had familiarized myself with some traits of Spanish culture; language; cuisine & customs. Cuba is known for its cultural diversity, built from Spanish; African; French and Asian influences. Having been a Spanish colony since 1492 when Christopher Columbus discovered the Island, until 1898 when the US defeated the Spanish who than gave up all claims & ceded the Island to the US, Cuba adapted much of its cultural traits from its Spanish conquerors.

Keeping an open mind upon arrival and forming no prior expectations regarding culture or lifestyle, I allowed myself a chance to better compare and contrast similarities & differences between Spain and the much more familiar Cuban traits I knew.

In addition to the obvious connection by language, many Cubans are of Spaniard descent and a growing community of Cuban immigrants in Spain is not unheard of.

The Spanish carry traces of a different accent in their spoken language, accompanied by a lisp. The lisp heard in the Spaniard’s Spanish is accredited to the Spanish King Ferdinand who supposedly had a lisp that caused the “z & c” letters in a word to be pronounced as “th”. The imitation of the King’s pronunciation revolutionized a new way of speaking.

The tropical climate in both places appeared equivalent, warm air; warm water & heightened humidity. You’re most likely to break a sweat even when immobile & under shade. To my understanding, Spain does have the diversity of all four seasons [including mild winters], compared to Cuba which only experiences the long effects of summers & mild effects of short winters.

The trip to Majorca was a delight! With beautiful sceneries and an easy to use public transport system, we explored as long as time allowed. 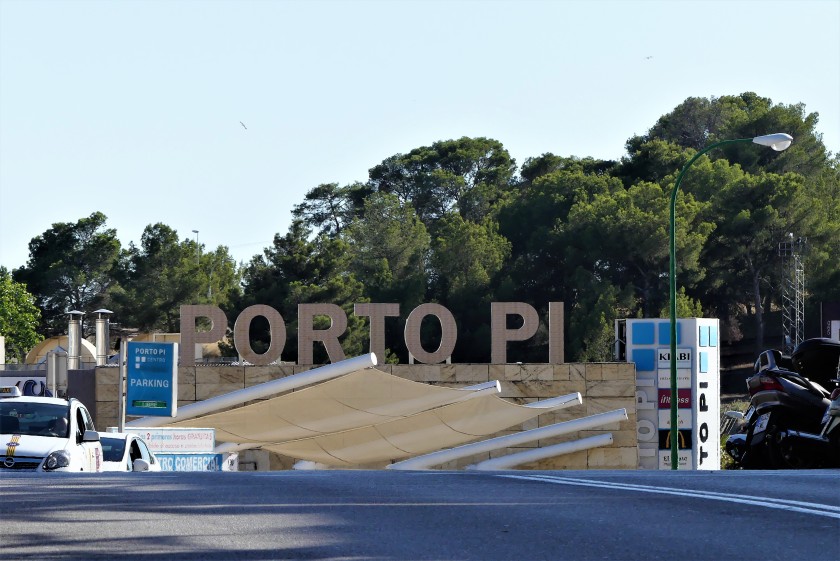 Porto Pi commercial center located in Palma, the capital of the Island. 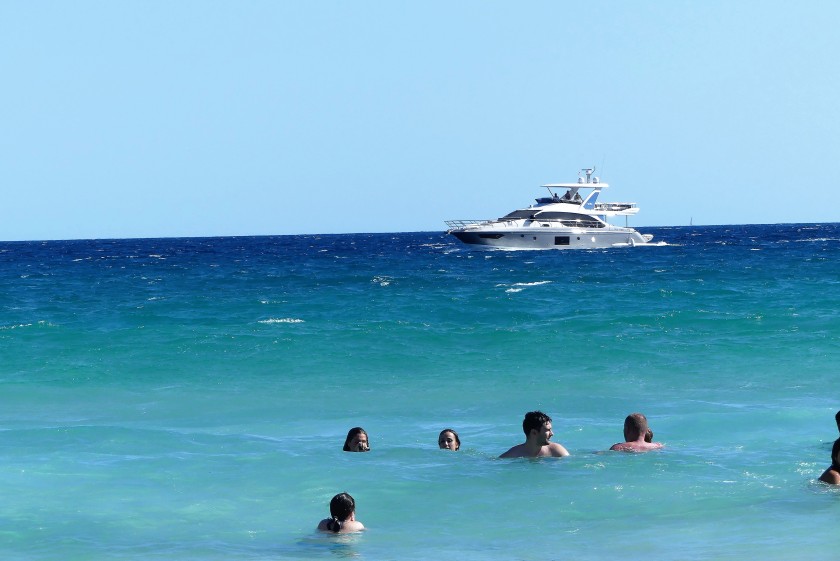 Bathing in the clear blue waters of Cala Major beach 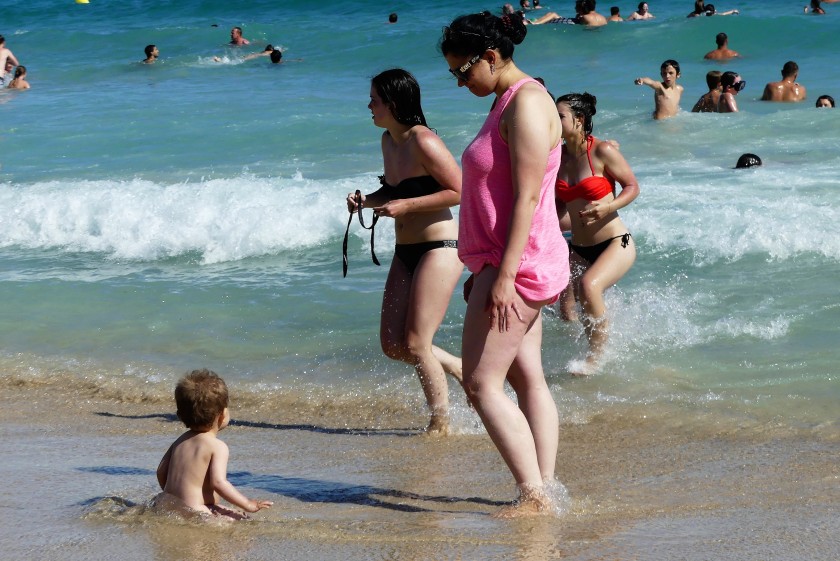 The hot weather made no exceptions, everyone had to cool down and families were out in numbers. 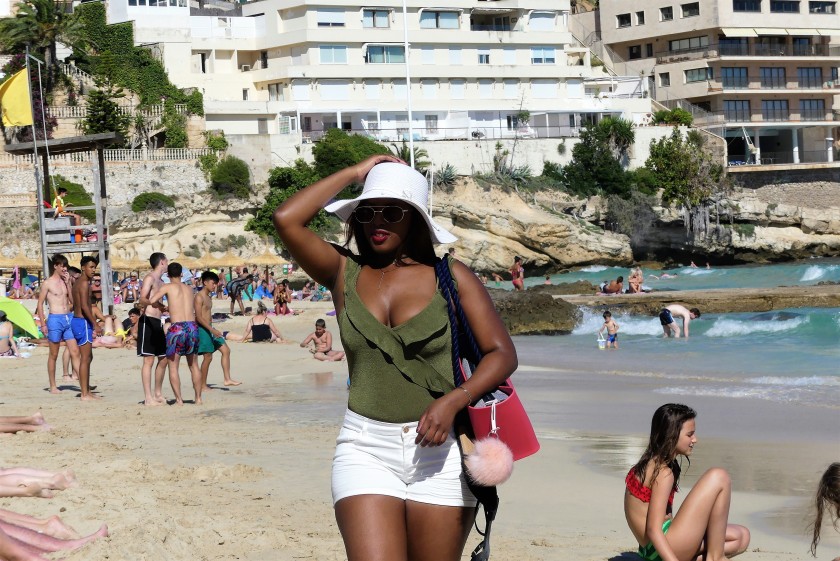 Walking along the shoreline 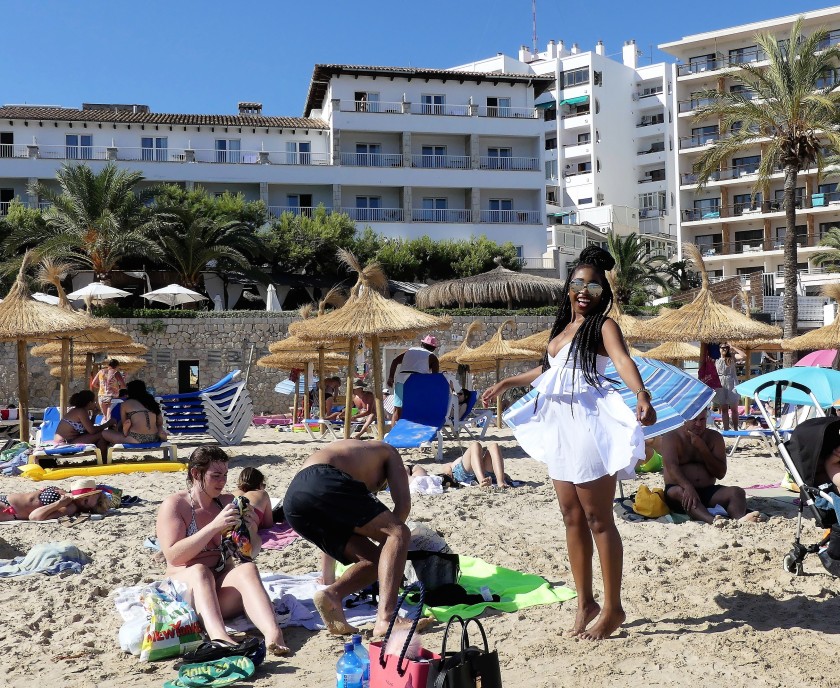 T. in all her glory! 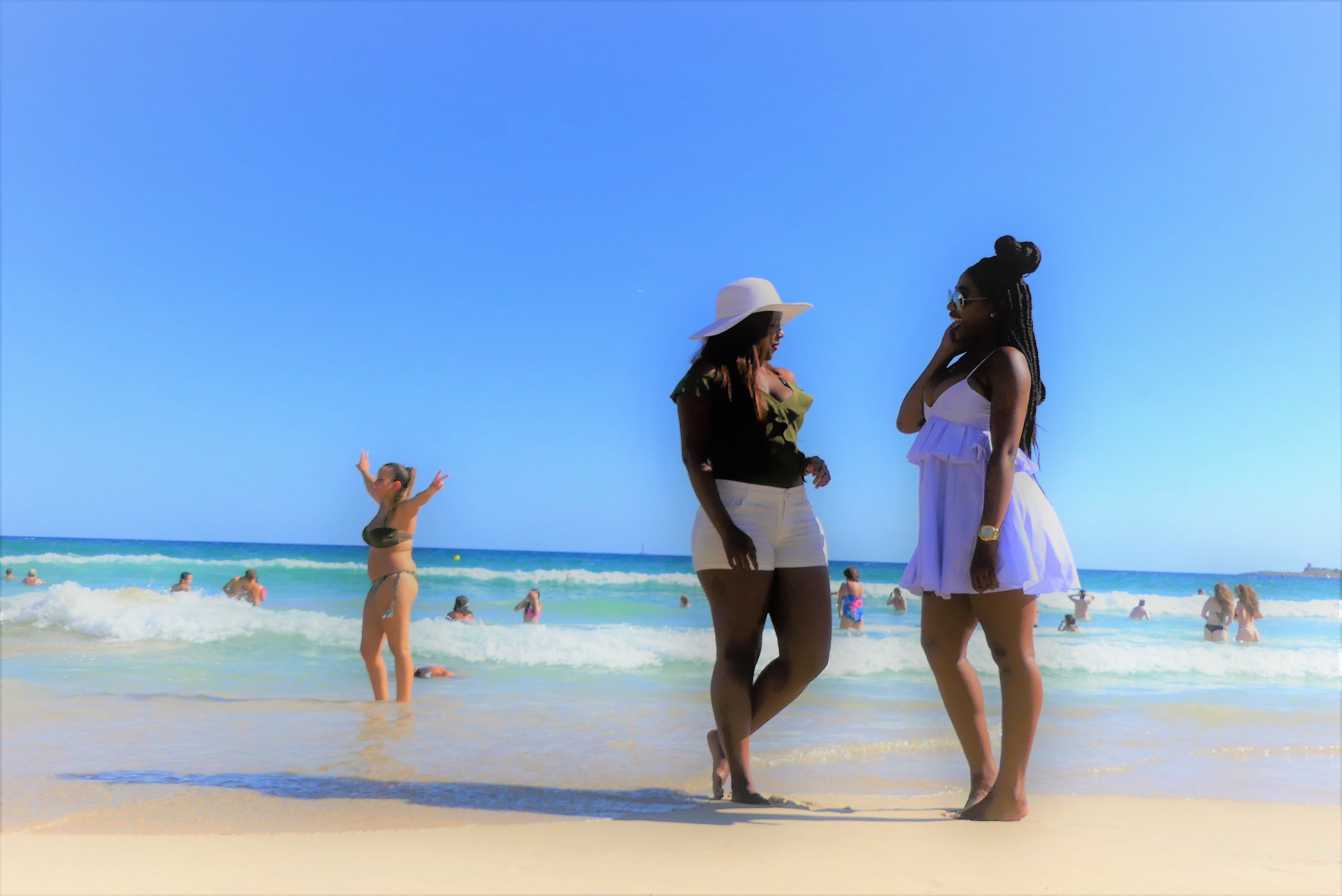 Yes, we had a photographer 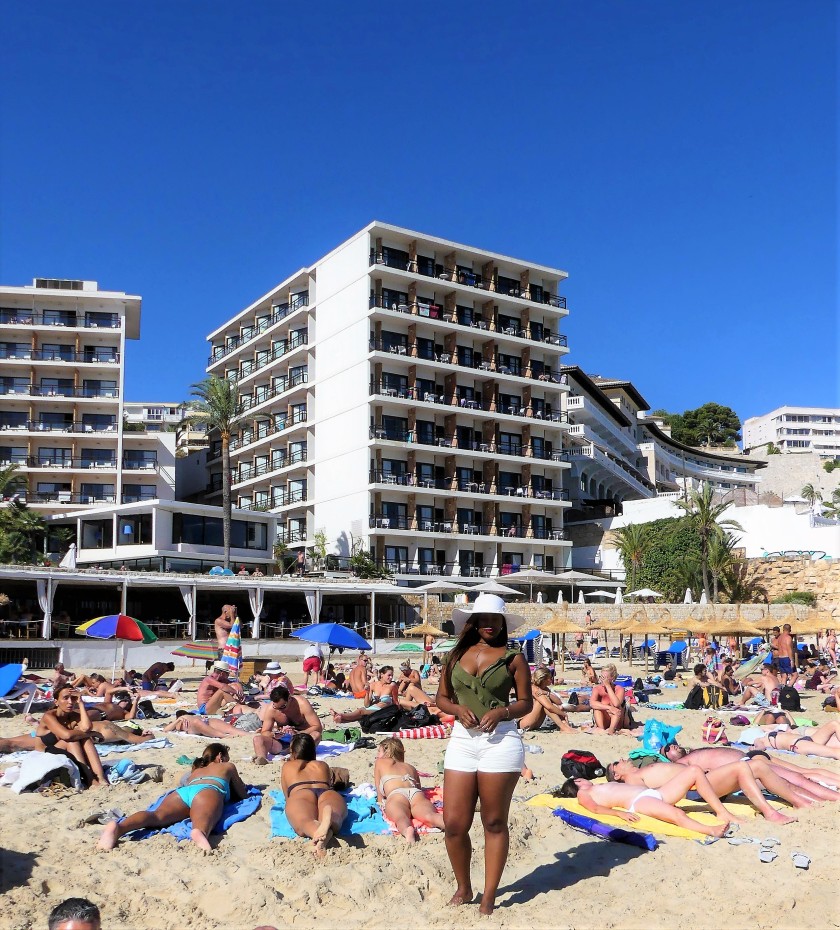 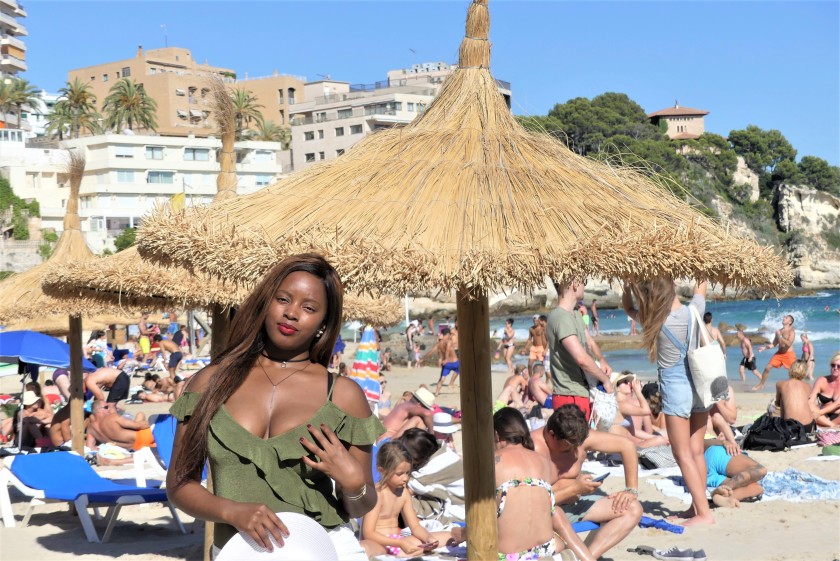 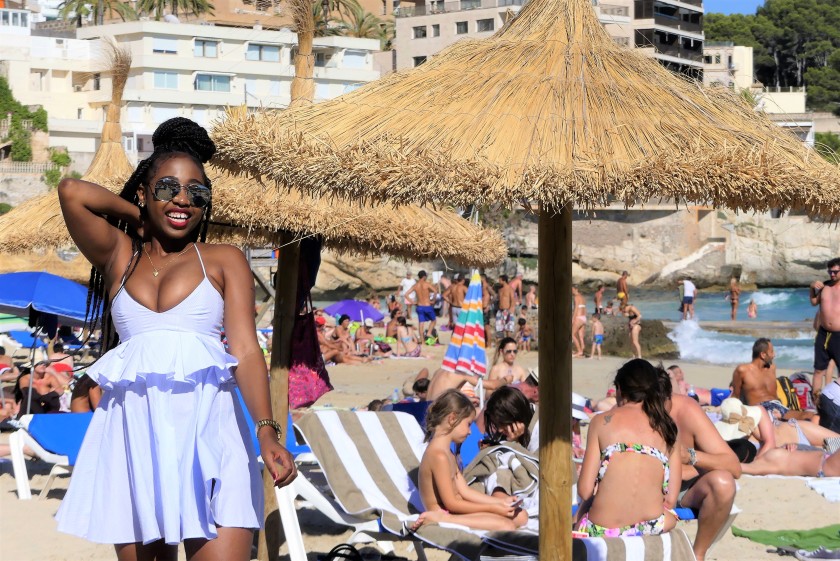 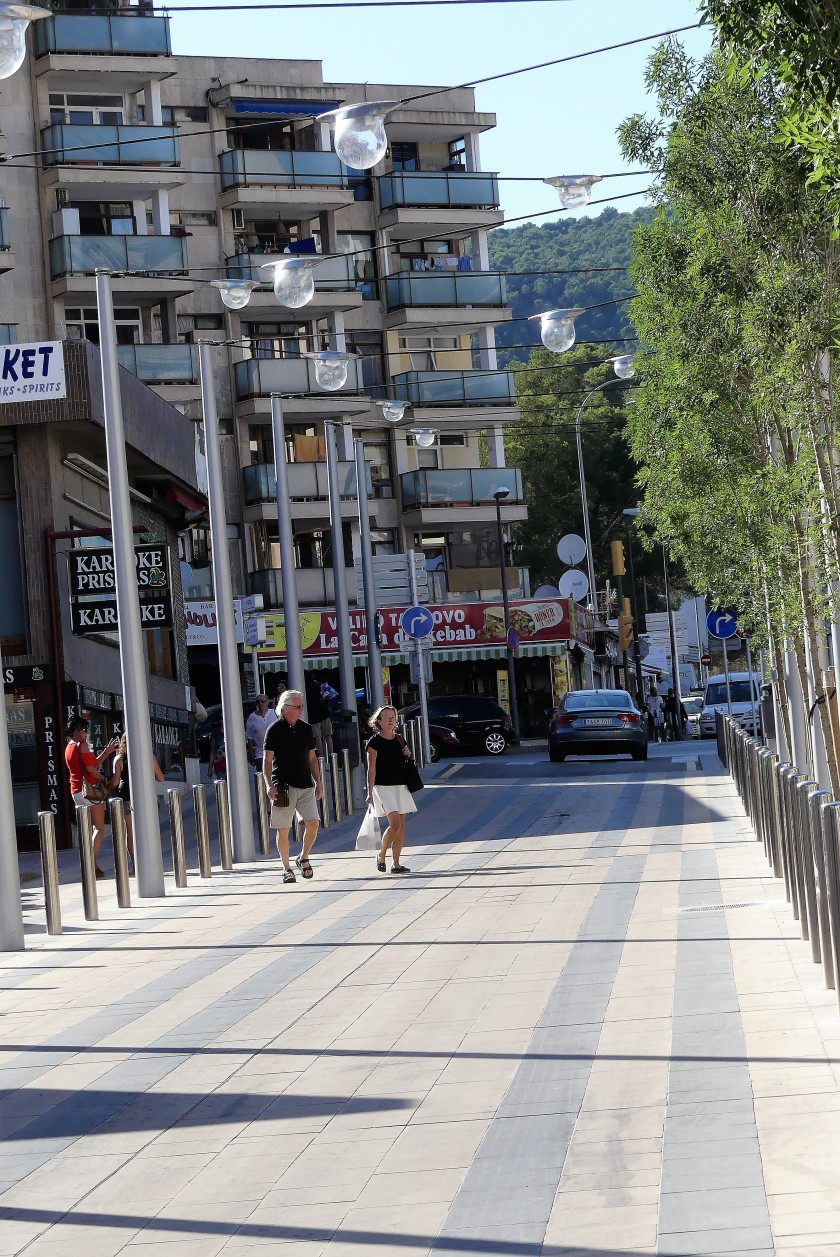 Walking the streets from the beach in the late afternoon 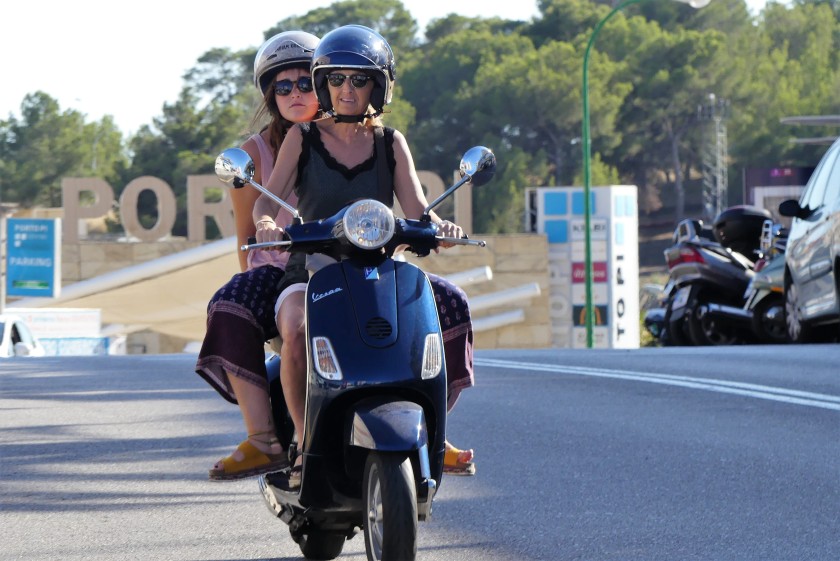 Grandma & granddaughter on that scooter ride 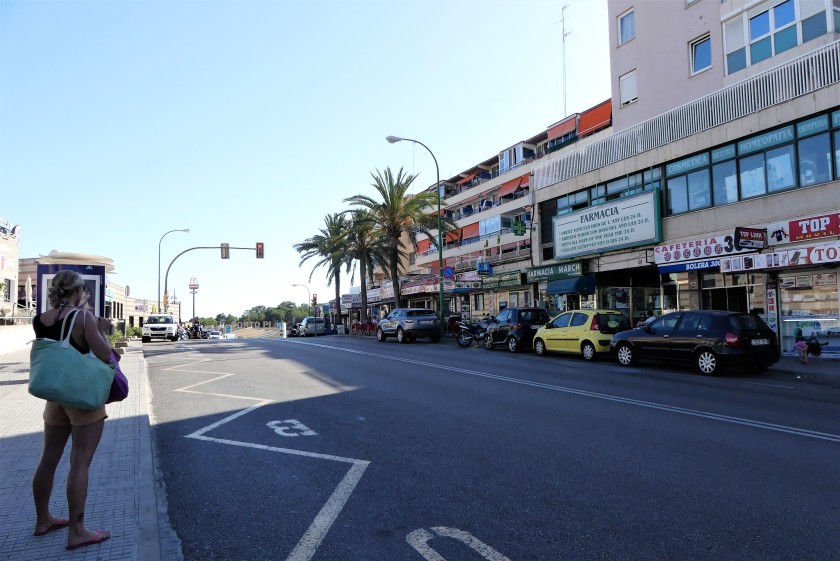 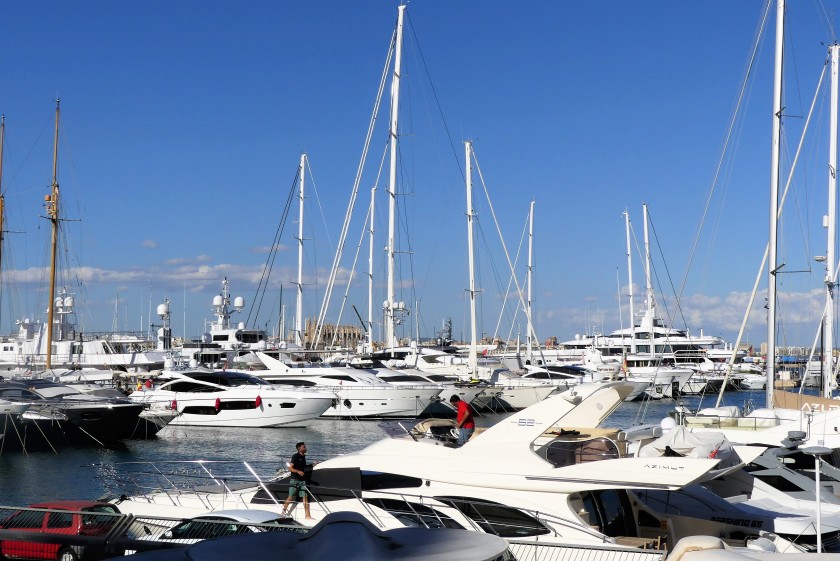 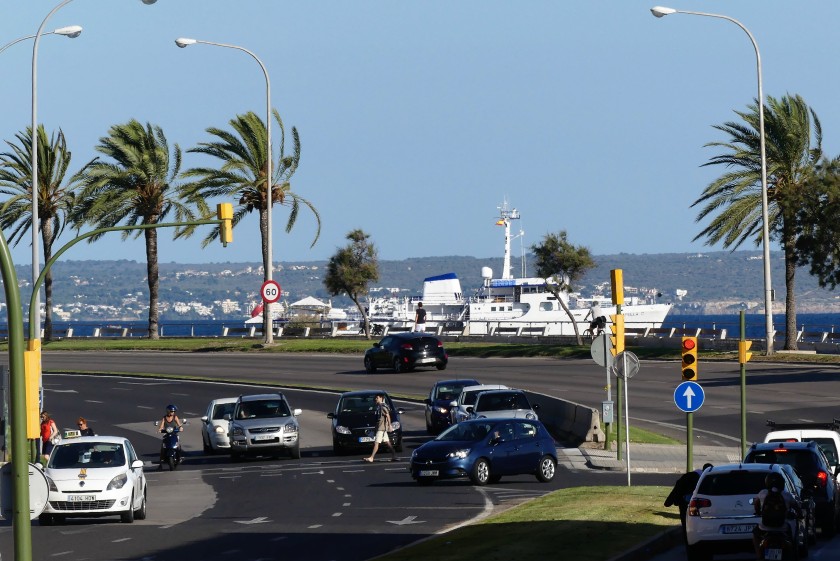 Windy days | Dancing of the Palms 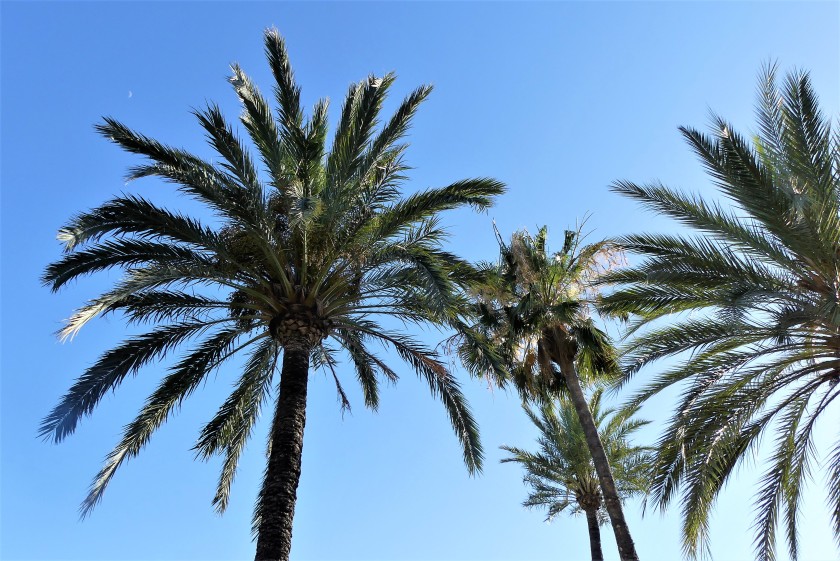 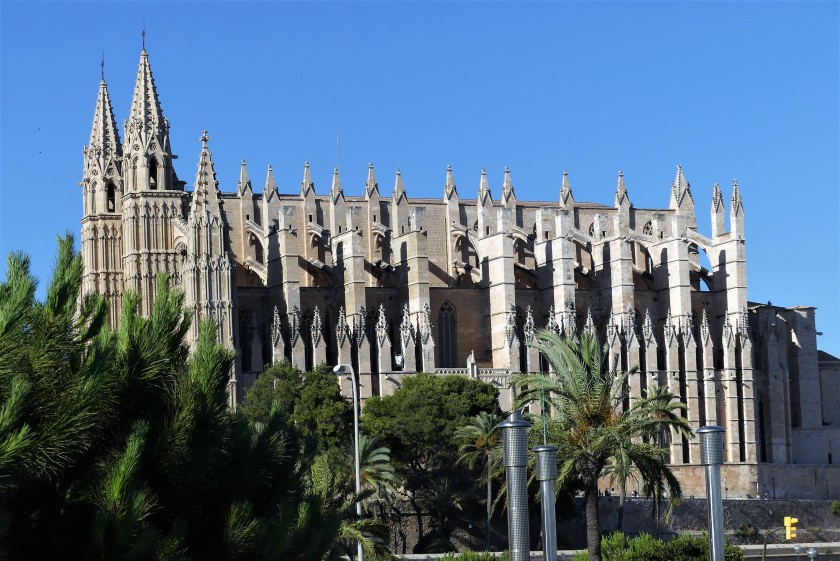 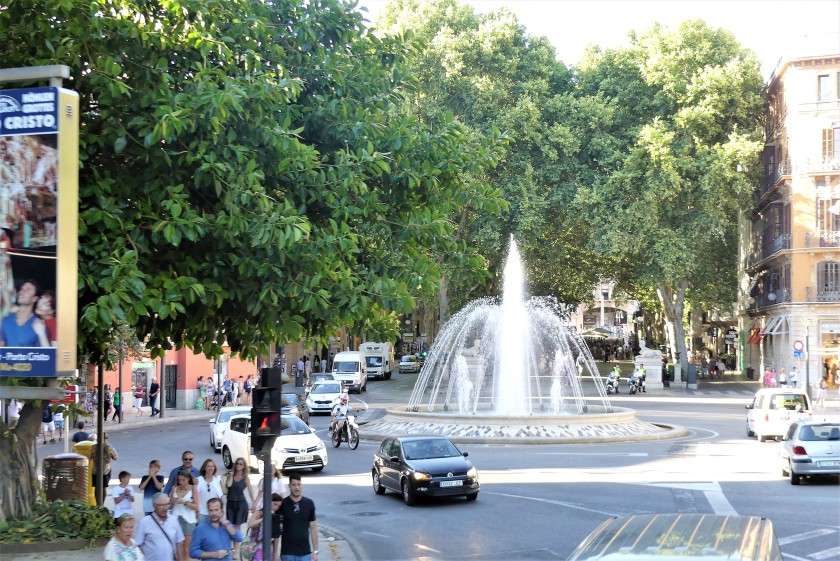 The streets of Palma 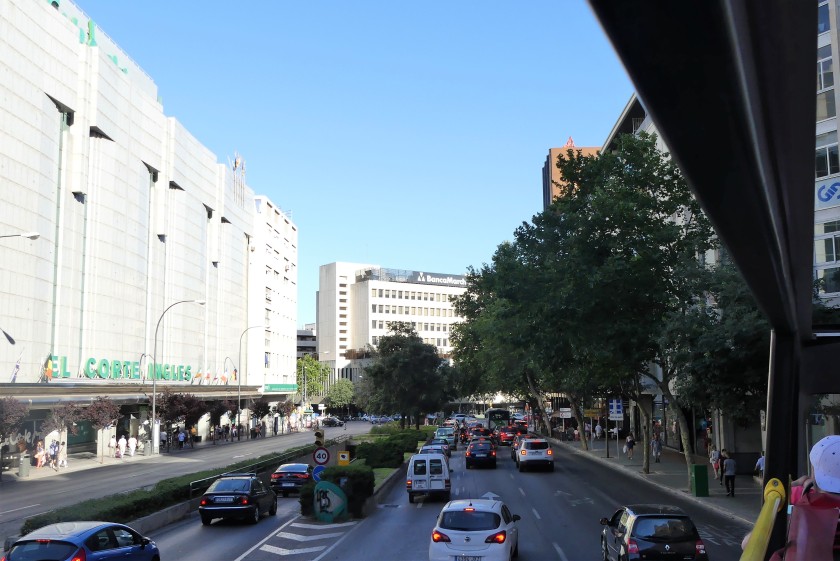 To the left: El Corte Ingles – the biggest department chain store group in Spain |Founded in Madrid & spread across cities in the country. 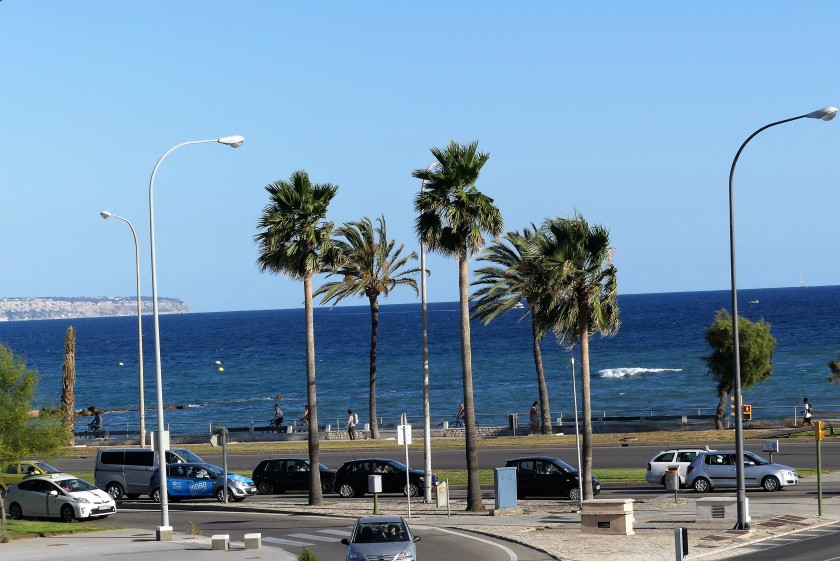 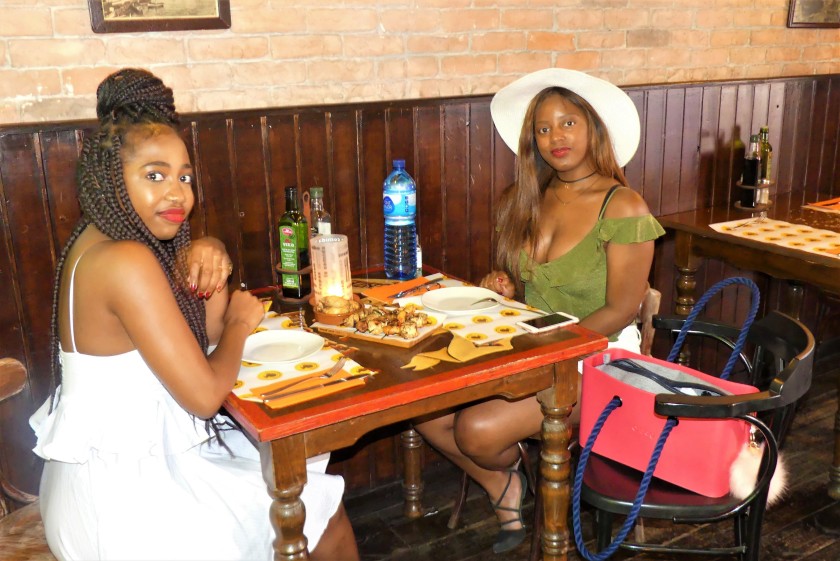 After a long day of outdoor activities, we sat down for tapas 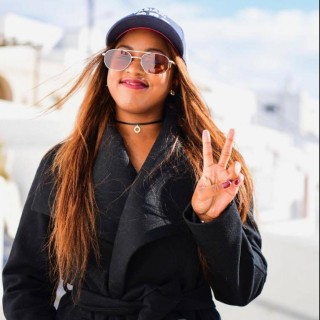